Get anything you want. My quest for the perfect piece of wood. 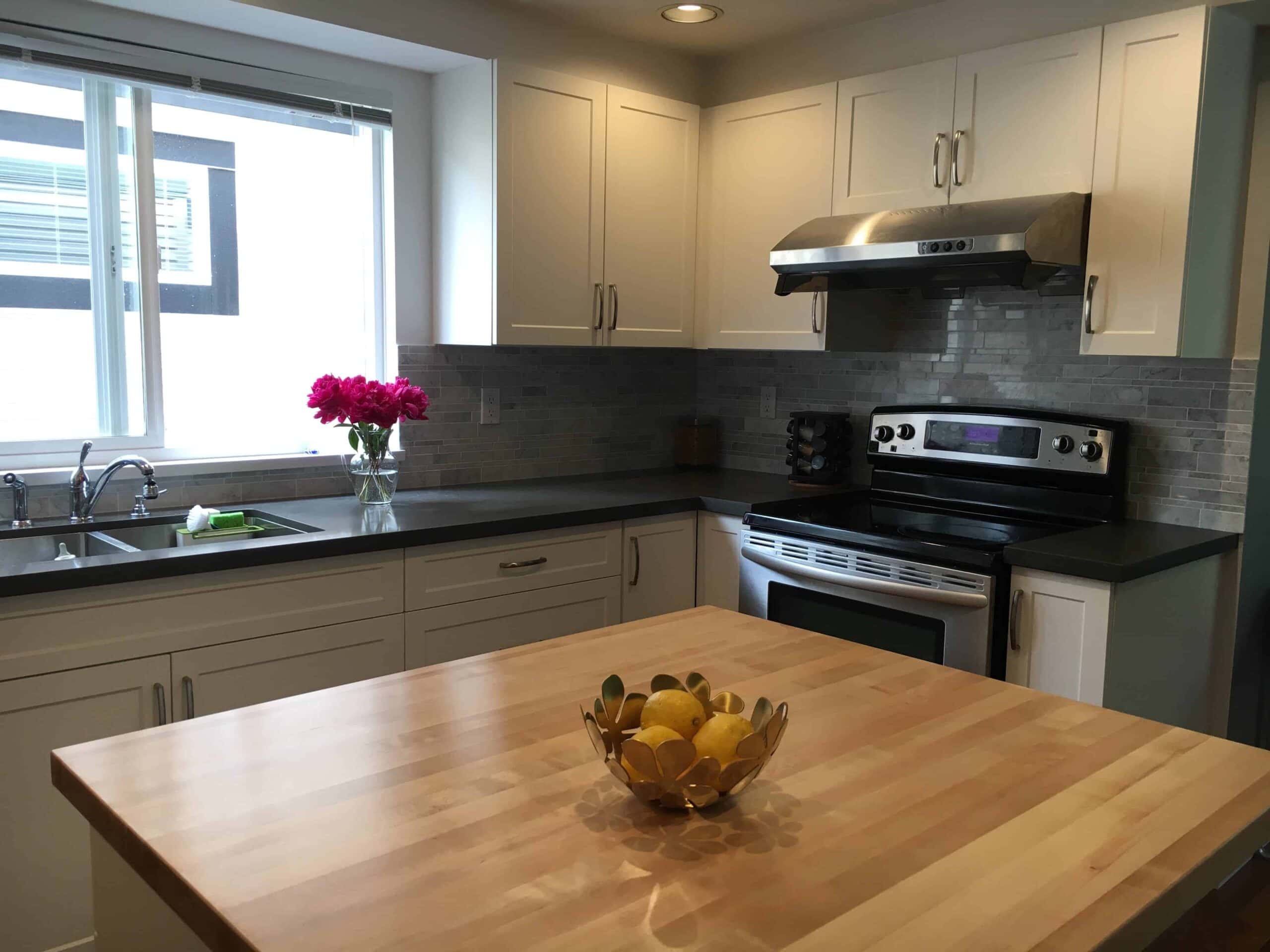 In May of 2017, we decided to undergo a pretty large kitchen renovation. I had “lived” with the old kitchen with the chipped laminate countertops, rotted out backsplash and peeling vinyl cabinet doors for long enough. I felt it was time for an upgrade.

After going through hundreds of Pinterest photos, I decided how I wanted my dream kitchen to be. I wanted white shaker cabinets, charcoal grey quartz countertops and a butcher block island countertop. Instead of hiring a general contractor to do the work I decided to project manage the job myself. I sourced my own contractors and materials each separately. Keep in mind I have never done any sort of home renovation work before.

I managed to find a local cabinet maker who had a nice MDF shaker cabinet. I shopped around and was able to get a pretty good price with this manufacturer. They also supplied the Caesarstone countertop I was looking for as well. We splurged a bit on the Piatra Grey quartz because it was too beautiful to pass up. So everything was pricing out to be on budget.

However, when it came to pricing the butcher block, it came out to nearly $1000. That’s a lot!

I mean it priced out to be the same as getting quartz put on but this was for a piece of wood. I felt that was too expensive, so I sourced some suppliers of butcher blocks including Wood Welded and John Boos. I got quotes for the dimension that matches closest to my countertop dimensions. The price for a nice piece of Wood Welded maple butcher block was $350. Not bad.

The problem was that I needed one side to be cut down roughly 10 inches. Maple is a fairly hard wood which means I would need an actual millwork to cut and properly finish the edge for me. Now how was I going to do that? I thought of asking my cabinet maker if they could finish the wood for me, and I would pay them for the job. However, they didn’t want to be held liable for making any mistakes so they refused the job. I called around to several millworkers in my city and they would say the same thing or they would say the job is too small.

So I was stuck. I really wanted this butcher block but I didn’t want to fork out $1000 when I know I could buy it from the supplier for $350.

But I needed it cut. I was in a real bind. I even called my cousin who’s a housing contractor in the construction business. He said I pretty much had a slim to NO chance of getting that done. As a matter of fact he said he’s ran into issues with millworkers not doing jobs for him because they’re too busy.

I was so determined to get this butcher block done. I did not give up. A few weeks went by and I could not find anyone to help cut and finish my countertop. The contractors were already starting to rip up my old kitchen and I needed to make a decision fast. I was very close to deciding to change the counter back to quartz. I even asked the contractor to draft up a quote including the quartz island countertop.

A few days went by and I was attending a gathering of entrepreneurs with social ventures. I happen to sit in a presentation from an owner of a worker’s cooperative that designs and manufactures custom wood furniture and interiors out of reclaimed materials. This got the cogs in my head spinning. Bingo! Could they help me finish my countertop?

So I contacted them and went in to take a look around their workshop. It was totally up their alley. They had done this type of work before. They also manufactured beautiful furniture out of local reclaimed wood.

With a little hard work, resourcefulness and determination, I was able to get my dream kitchen which I had envisioned early on.

I used my sourcing knowledge I learned from working in the apparel industry and applied it to another project.

Have you ever been stuck with a situation where you needed a creative solution? Is there a way you can use your industry knowledge and leverage that across all areas of your life and business?

I would love to hear your feedback. Please leave a comment below.